Economic mediations in disputes with the public sector

Return to all news

One of the barriers, that hold back the conclusion of settlements through mediation is the fear of responsibility and desire for peace.

This was established at today’s conference on economic mediations in disputes with the public sector, organised by the International Mediation Centre, which was attended by Kalina Wośkało – Delay Expert and Mediator in CAS. Failure to make decisions is one of the main causes of disputes, which was also confirmed in our “Report on construction disputes in Poland in 2019”. Throughout the years of market development, all instruments related to ADR have been removed from contracts. The debate was attended by both the public and local government side, enterpreneurs, as well as the body overseeing the decision making of mediation. Perhaps if the conference lasted longer, it would be possible to broadly discuss what steps are worth taking (outside the training organisation), in order to make settlements through mediation between private and public sectors a common rather than an occasional phenomenon. 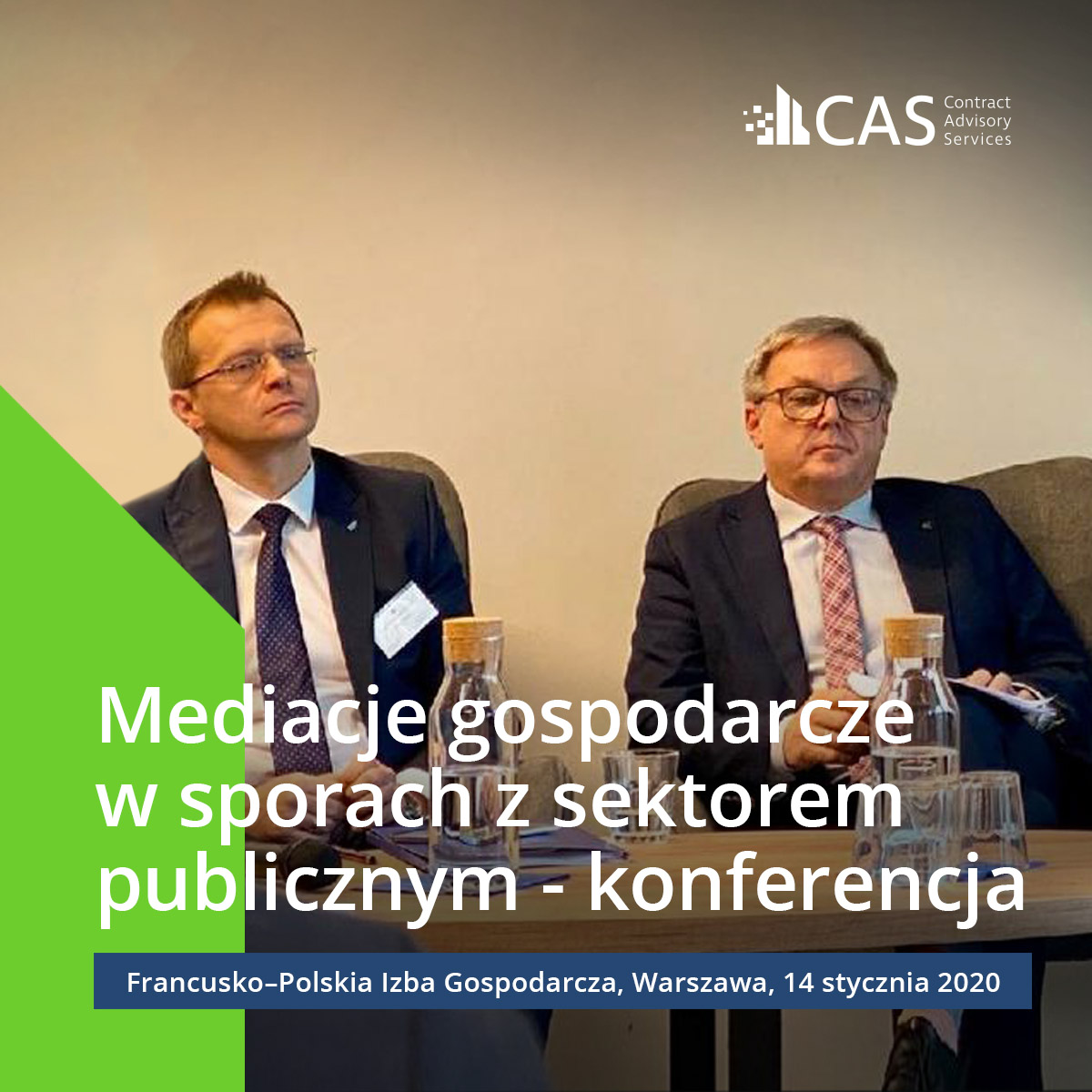 Return to all news

Would you like to take advantage of our services?

Subscribe to our newsletter
get the latest information from us, reports and analysis

(by subscribing to the newsletter, you agree to the processing
of your data in accordance with the privacy policy)

The objective of CAS is to prevent disputes during various stages of project implementation and to resolve disputes through the specification of claims and defense against those claims.
As Experts, we provide support during negotiations, mediations and cases under litigation before courts and arbitral bodies to minimize their negative effects and maximize profits.

Get to know more about our company

The CAS team consists of experienced Experts and Specialists, who have cooperated for over ten years. They have successfully completed projects in such sectors as: power engineering, buildings, infrastructure, sea (maritime sector), mining, crude oil and natural gas, manufacturing and industry.

Get to know our team